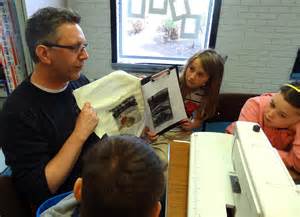 Read our report to learn more about our activity…

Criw Celf North Wales entered its third and final year of their three year Arts Council of Wales funding cycle (2013-2016) in September 2015. The project partners consisted of Anglesey, Conwy, Denbighshire, Flintshire, Gwynedd and Wrexham Councils. Arts Development Officers (or equivalent) from each county were responsible for the delivery of Criw Celf activity in their own county; with Gwynedd acting as Regional Project Lead.

Our project predominantly was aimed at KS3 pupils offering three Criw Celf cohorts per county a programme of 6 master classes per group. There was some variation on ages and project structure across the region in response to local preference and patterns of work.

Each Local Authority (LA) offered a variety of master classes led by professional artists which were held at inspirational venues across the region. A total of 164 master classes were held by 68 artists for 216 participants in north Wales. The programme offered 479 hours of employment to north Wales’s artists and we were able to stage 5 exhibitions of our members work and facilitated 5 studio visits and 19 gallery visits.

Each county representative approached schools in their respective LA. Contact was made directly, by phone, post and email. We also sent out pamphlets, press releases as well as making use of our website and social media to promote Criw Celf to a wider audience. Across the region we received 170+ applications (no record available from Anglesey) which were then assessed and selected by artist panels. Efforts were made to reach Community First areas via contact with relevant schools and Officers in each LA. Some counties found recruitment more difficult than others; some noting that communication with schools and ensuring nominations had been challenging. Plans are in place for next year where we will be introducing a series of Creative Open Days to promote and raise the profile of Criw Celf; which we hope will improve the recruitment process and increase awareness.

Criw Celf devised an exciting and broad programme of master classes which involved sculpture, painting, drawing, jewellery, environmental art, illustration, animation, instillation, glasswork, ceramics, printing and weaving for example. Some additional special events were also included such as a special observational drawing session in Denbighshire, where participants were able to observe and draw at a dance rehearsal; developing skills in life drawing and capturing movement.

Our programmes have involved close partnership working with professional artists, arts organisations and venues. Examples include galleries such as Storiel, Oriel Môn, Oriel Wrecsam and Rhuthin Craft Centre. Non-arts partners have also been involved such as the National Trust and Snowdonia National Park, where their sites have been used to stage master classes.

Denbighshire Criw Celf Yr. 9 pupils were offered the opportunity to undertake Arts Award as part of Criw Celf this year. This was given additional support from Denbighshire Council; it has not yet been possible for other LA’s to offer this provision. All LA’s have expressed an eagerness to offer Arts Award and will explore the possibility of providing this across the north Wales region in future.

We organised exhibitions of member’s artwork, artist studio visits as well as trips and gallery visits. Flintshire Criw Celf, for example, facilitated gallery visits to Tate Liverpool and The Bluecoat Gallery for its members and their families. During the visits the Criw Celf Coordinator held a ‘Workshop in a Bag’ session, taking art materials with them to make art-works in response to the exhibits and their experiences at the venues.

Working towards achieving Criw Celf’s core aims; our programme of masterclasses, studio/gallery visits and exhibitions have improved participants artistic practice and skills by offering a varied programme of activity and working in a focused and in-depth manner, as stated by one of the parents…

“[My daughter has benefited] greatly. Because the classes are smaller than school classes, have a variety of different techniques, different materials and have more uninterrupted time to complete things – [Criw Celf] has given her a completely different idea of what is possible in art.” (Parent)

This has also been supported by many of the artists delivering our sessions, many describing the acquisition of new skills and development in the young people’s art practice…

“[The] young people benefit from having input over a period of time which builds their confidence, skills and relationship with other creative individuals.” (Artist)

Our members frequently expressed this view also, with general feedback gathered referring to increased art skill levels and the range of art forms explored and developed…

“The greatest outcome of being a member of Criw Celf for me personally is that I have developed my skill in art and it has made me believe in myself and in my art.” (Criw Celf Member)

Feedback gathered from parents, members and teachers regularly reported upon the increase in confidence. A number of Yr. 9 pupils cited Criw Celf as being instrumental in them choosing art as a gcse subject.
Our activities also introduced our members to artistic careers; meeting and working alongside a wide variety of professional artists has in itself introduced them to professions and possible career options. We also produced a ‘Careers in the Art World’ section on our website (in partnership with Careers Wales) to provide more specific information regarding roles, pay, training, skills and qualifications required to work in the art sector.

We are keen to ensure participant progression and aim to facilitate their continued involvement and study of art. We have referred exiting Criw Celf members (end of Yr. 9 in July 2015) to join partner project Portffolio; in areas where this provision is available. In Gwynedd this year we received a job application from a past Criw Celf member for the role of Criw Celf Art Assistant. The applicant was one of the original Criw Celf members and we are looking forward to involving him in our work in 2016/17…

“I’ve been a member of the club for four years in the past and have benefited a lot from the experience, so think this would be a good chance to contribute back. I’ve continued to study art, and will be focussing on it in an Art Foundation Course next year.” (Past member and applicant for Art Assistant role)

In conclusion 2015/16 has been yet another busy year for Criw Celf; the scheme has improved artistic practice and skills, developed an understanding of careers in the arts and facilitated next step options to exiting members. Criw Celf has increased the confidence and helped raise aspirations of our membership. We are looking forward to developing the project further next year, 9 years since its establishment in Gwynedd in 2007/08. We will place specific focus on strengthening the recruitment process, continuing with monitoring and evaluation and reaching as many young artists as possible; offering them a firm foundation in the visual and applied arts.